Recently, I was asked what my favorite suspense nov 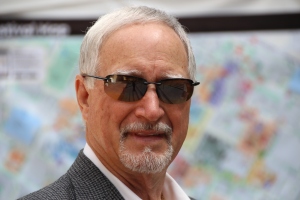 els were. I was about to say the ones that I’ve written but, fortunately, I held back since that probably wasn’t the answer the person asking the question wanted to hear. But I started thinking and realized that I really didn’t have any favorite suspense novels from all those that I have read. So I thought some more and came to the conclusion that while I couldn’t pick favorite suspense novels, I could certainly pick favorite authors. Now let me preface my selection by saying that not all of the authors that I genuinely enjoyed reading wrote suspense novels. These were the authors who’s writings made a forceful impact on me. So, for the sake of at least making a pick of something, here goes.

J. R. R. Tolkien — was the author who’s stories ignited my imagination more that any other. It was during a time that I was in the hospital for a prolonged period, and so I read. I was whisked away into Middle Earth where locations and creatures invaded my mind with imagery and excitement that got me through a difficult time. Thirty some years later, Peter Jackson brought those characters and scenes to life in his of Lord of the Rings and Hobbit movies. The amazing part was how Jackson’s imagination closely matched mine in depicting Middle Earth and the variety of characters Tolkien created in his books.

John Grisham — became my inspiration to write. After reading a number of his novels, I began to think that my writing style would be similar to his — no need to have a thesaurus close at hand. His stories moved easily, and he developed good characters. Grisham wrote one of the most romantic scenes that I have ever read, which described nothing more than a nun putting her hand on the knee of the protagonist. It may have been how I interpreted the scene, but I have never forgotten the emotional feelings I experienced when I read it.

Clive Cussler — might seem to be a peculiar pick, but he’s an absolutely unbelievable storyteller. The Dirk Pitt series present fun and entertaining plots, and while there is no extreme depth to them, they were all enjoyable to read. Following Dirk Pitt’s adventures was a wonderful way to leave the hectic matters of the day and relax for a short while.

F. Scott Fitzgerald – wrote in a style and manner that is no longer endorsed by the literary field of writing. I would read passages he wrote and literally set the book down, wondering how he could describe a scene as beautifully as he did. His books were relatively short, but through research I discovered that it took him a tremendous amount of time to write his books, pondering and lamenting over individual scenes and character development.

So there you have it. I hope you agree on some of my picks.