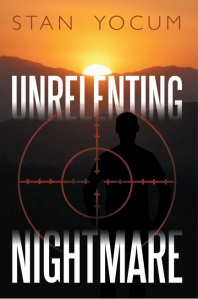 I thought I’d share a tool I used in editing Unrelenting Nightmare to any writer who hasn’t used the Text-to-Speech (TTS) feature as a writing aid.

I first started writing books in 2000, and when I was finished with the first draft of a manuscript, I would ask my wife, Melayne, to read it aloud to me. She would sit for hours reading as I listened, and I used this technique for years as a means of editing my work. I certainly knew how the story went, but when I heard it spoken in her non-emotional tone and using no emphasis at all in her voice, I could tell if the story’s flow was as I intended.

Melayne read every one of my manuscripts, stopping periodically to scribble down corrections that she or I would make, and then continue on. Since I knew every nuance of the story — seeing that I wrote it — I couldn’t wait until she would read it so I could finally actually “hear” the story for the first time. I could never thank her enough for putting in the countless hours she did to help me.

Then one day I found a new application that had been added to Microsoft Word that allowed text to be turned into speech. I turned it on and, Whoa! there was my new reader. This feature saved Melayne from untold hours of further servitude.

I’ve been using text to speech for a number of years now and, as I mentioned, used it extensively during my editing of Unrelenting Nightmare, and also the next novel I plan to publish which is Hostel Takeover. So if you’re a writer and haven’t used this option yet, I suggest you consider it. It’s a very easy way to actually hear what you’ve written. Microsoft Word includes a TTS version, but other software providers have also developed the application.

I know when I read what I’ve written, my mind tends to place the emphasis into the text that I intended when I wrote  the words down, and I often don’t hear what those words are actually saying . Then I listen to the text-to-speech feature and will often hear all sorts of problems that I missed.

I’m grateful that the text-to-speech feature came about … and I’m certain Melayne is too!