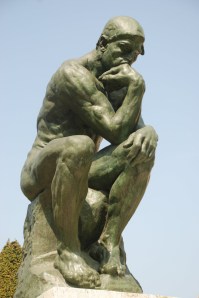 I’ve been asked a number of times if I plan on writing a series, especially with regard to Unrelenting Nightmare. Twice in the last month, I’ve received e-mails asking that very question. I replied to both senders, any anyone else who asks, that I do not plan on creating a series for any of my books. Everyone’s response is typically, “Why not?”

Well I’ll try to explain. The primary reason is I enjoy creating new stories with new characters each time I sit down and start another book. The creative part of developing a story is what drives my passion to write. I get excited in making new characters come alive, especially the “bad” guys. People often respond, “But in every new book in the series you’d create a new bad guy.” And while that’s true, the protagonist, or main character — the “good” guy — would never change, or at least shouldn’t if accepting personality traits.

When I create characters, either good or bad, they are formed in my imagination and take on personality behaviors of their own. Therefore, the “good” guy character would, by definition, follow the same patterns for solving the problem in the new novel he or she used in the last novel, and the novel before that. The plots would certainly change, but the process of solving the dilemma would not, once again accepting human traits. Take Sherlock Holmes for example. He uses the same pattern and method in every mystery that I’ve ever read. My creative side demands that I present new characters that solve the problems presented in entirely different manners. Personally speaking, I think it’s more fun.

The other issue that concerns me is keeping the personality profile of the series character in check, never deviating from the patterns that have been previously presented. From an author’s standpoint, it takes an unbelievable memory or a well conceived method of keeping track of all the information pertaining to the main character so mistakes are not made along the way. The best example I ever heard is Clive Cussler admitting that he used the wrong name for Dirk’s mother in his Dirk Pitt series of novels.

So the question remains. Should I, or should I not? Knowing me, and what inspires me to write, I think not! … But, hey, who knows. I mean, I have been known to change my mind.